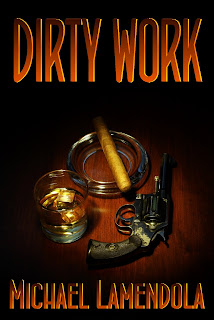 Name of the book:
Dirty Work (THE RED FOX SERIES Book 1 of 2)


Kindle Price:
$2.99… It costs more to buy a gallon of gas, and my books will take you so much further!


Seriously?
Seriously. You try driving to all the dive bars in San Diego. Follow that with a ten mile street race on interstates and highways, THEN all the way to San Diego’s East County, all the while stopping in a dozen other places, for $2.99. A Prius can’t do it, but DIRTY WORK can.


Tell me a little about yourself: 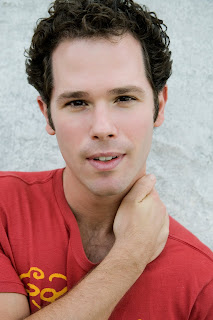 I make my bread as a cruise ship singer… seriously. I’ve been all over the world sweating over a hot microphone while donning a sequined bow tie, most recently a year contract working on the Asuka II, a Japanese cruise ship sailing all over Japan and the South Pacific. It took years of training to wear gaudy clothes and sing show tunes, and I have a MFA in Musical Theatre to show for it… really, they actually give out those things! When I’m not singing “Blue Spanish Eyes” off the coast of Estonia, I can be found in San Diego playing disc golf, jogging, or hanging out by the ocean.


Tell me about your book.


Okay, going to avoid just cutting and pasting the book’s blurb here and shoot from the hip… It all starts when two guys end up inadvertently pissing off a small Mexican crime family. Running an errand to make things right, they end up getting on the wrong side of an illegal gambling kingpin with a thirst for revenge, and a verb for a name. Stumbling face first into a world of organized crime, they realize that staying alive means learning who to trust and how to kill. A handshake deal with the Mexicans who want them dead takes more than guts, and to survive they'll need all the booze-fueled courage they can swallow, quick and dirty lessons in semi-automatics, and a rust-bucket Buick with a leaky trunk full of luck. I may have cut and pasted a little there… sue me.

Here’s the deal, and one of the main reasons why I wrote DIRTY WORK. I have read so many dust jackets and back covers of the crime and suspense genre claiming that the book in my hands is funny. And you know what? It never is… and that kills me. My crime thrillers claim to be “funnier than hell,” and I guarantee that you will laugh out loud while reading them. Add that to my sarcastic protagonists, loads of foul language, shootouts, car chases, awesome sweeping metaphors, bad guys that know how to be bad, good girls that know how to be bad, poor decision making, and enough drinking to make Betty Ford swoon. My stuff is basically Literary Porn.

Well, I had just read one too many of Stuart Woods’ Stone Barrington novels. I used to like them because I was living vicariously through the title character’s romps through upper crust muck, but in the end I grew distant for the same reason. I mean, “Hot Mahogany?” Come on Stuart, why do I care about deck shoe wearing New Englander uppity snobs trying to hustle some guy with a counterfeit piece of antique furniture?!? So I thought “what would normal people identify with?” And that’s how I came up with the feel for DIRTY WORK. I took the idea of Stone Barrington, your typical “Man’s man and lady’s man,” and distilled it down to an everyman kind of character. The kind you’d find sitting at a bar or walking down the street… just your average guy with nothing special going on. Only this guy gets tossed smack dab into a bad situation that he isn’t prepared for and will kick his ass if he doesn’t learn how to fight back. What if that was you or me? I’m cornered, can’t go to the cops, so it’s gonna be curtains unless I grow a pair and fight back. To me, this type of situation is more identifiable with a broad group of people.

I started a blog back in 2006 (www.MichaelLamendola.Blogspot.com) and did a few ramblings about my hometown of Waco, Texas (yes, that Waco), and a couple more about some stupid mailing the USPS did with some Cathy cartoons on them. Then I started working on ships and travelling all over the world. I started to see tons of interesting things that I wanted to share them with my friends, so I started to write about them. I think I have over fifty travel blogs now, all pretty substantial in size, talking all about life on cruise ships and my travels. It’s blogging that help me cut my writing teeth, and prepare me for writing novels.

I guess it was sometime in 2007. I was revisiting a blog I had written while in the Baltic when I realized I had developed a voice. I went back and read some more of my blogs and noticed that they were all written sarcastically and had a funny edge… at least to me. That leant itself to my RED FOX SERIES, since my main character is so pessimistic and sarcastic about everything that’s happening to him. It was that, or maybe it was in 2009 when I started work on my second novel, THRIFT STORE BOUNTY HUNTERS. Or maybe it’s now, since there’s some guy on the Internet who wants to know when I became a serious writer… yeah, never thought of it until you mentioned it. I guess now would be a good time. From now on, you may only address me as Michael, Serious Writer.


Okay Michael, Serious Writer, when did you decide that you wanted to write a book?


Honestly, I read some Stuart Woods book, maybe “Hot Mahogany” or something similar, and after finishing it and feeling a bit unsatisfied, I thought “I could do better.” I bet a lot of writers have started because of the same reason… at least those of us who don’t have any formal training.

I just fell into it. A few years ago the only stuff I read was… well… I didn’t read. But during one sea day too many cruising between Bermuda and Boston, I went to the ship’s library and picked up “Dirty Work” by Stuart Woods. For a guy who doesn’t read, I killed that book in 48 hours. After that I started to find other books by Woods. The earlier stuff, as some of you know, was way better. I guess if I had picked up “Under the Tuscan Sun” things would have turned out differently. But really, I’m a guy… I like action and boobs and fights and dirty words and car chases. You don’t find that sorta stuff in many other genres. And it’s no coincidence that Stuart and I share a title. I didn’t know how overused the phrase “Dirty Work” was then, but I know now. It was sort of my wink and nod to the guy that, for better or worse, inspired me to get going. Still, I decided to go a more unique direction with the sequel’s title, THRIFT STORE BOUNTY HUNTERS, though you’ll still find one or two hidden references to Woods’ titles in there. In any case, I thought the action sequences in Woods’ “Dirty Work” were cool, and liked how Stone always knew what to say, but I wanted more of both, and I’ve made sure my books have plenty.

Organic from the seat of my pants. I know I know, it’s probably the wrong way, but I like the freedom of just closing my eyes and mashing down on the pedal. So far I’m two for two, with no heavy rewrites of either manuscript. I like to listen to music while I write as well. For DIRTY WORK, I wrote the bulk of it listening to Iron Maiden’s “Number of the Beast” album. For THRIFT STORE BOUNTY HUNTERS I went with Pandora Radio, and trained a station to play organ funk from artists like Booker T and the MGs and The Beastie Boys. Usually I am highly caffeinated when I write, especially since I write most of my stuff at Twiggs Coffee House here in San Diego.

It changes from book to book. I was still teaching myself how to write in novel form when I wrote DIRTY WORK. As I wrote, if a question popped up, I would literally pull out a Stuart Woods’ paperback and see what he did… no kidding. The way I thought about it was if I just dropped $7.99 on a small ream of paper, whatever is in there is probably done the right way. I wrote the first draft of DW in two periods of time from the fall of 2007 until the fall of 2008. If I were to bunch all the typing time together? Beats me… probably several months worth of solid work. Now the sequel, THRIFT STORE BOUTNY HUNTERS, I wrote in one period of time, and it took me six weeks to peel out a first draft. Tell ya what, for my next book I’ll set a stopwatch out…


I’ve also seen that you recently made a book trailer for Dirty Work. Was that easy?

Actually, yeah, it was. Some of the others I’ve seen use stock footage, and it all looks pretty detached from the story they are trying to push. All I did was some interesting close up pans of my cover and then narrated the book’s blurb on top. I think it’s pretty compelling, but I’d love to know what everyone else thinks. You can check it out on Youtube here: http://www.youtube.com/watch?v=CRM2eyprlts. Leave a comment and tell me how I did!

Welp, I tried the literary agent route first, and learned all there is to know about it from the thousands of different opinions on the web. After distilling down what I felt was the best way to go, I went for it. I got some positive feedback, but that’s about it. I let the manuscript sit in my computer for another year, and finally I said “to hell with it! All I want is for people to enjoy what I worked so hard on!” The waitress at Applebee’s didn’t know what I was talking about… but it didn’t matter. So, after teaching myself how to format for eReaders, (and there isn’t a silver bullet approach for that either) I sent it out there. To me, there’s the Kindle… and then everyone else. Sorry B&N, but the Kindle (and the Kindle app) is the Kleenex of the eReaders, at least for now. Even in the tablet world, I feel that the Kindle App has them all beat, and has the biggest marketplace to boot. My sales numbers have reflected this as well.

I am actually writing a blog about this right now. Here’s the deal: don’t worry about your market, the rules, proper format, and all that other bull shit. Just write for yourself. Write what moves you and tell your story. And finally, don’t think of other people’s opinions while you create. It was a hurdle for me to get over, but it really opened me up creatively once I did.