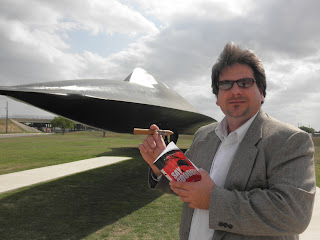 I am a decorated veteran of the United States Air Force. I am an educator and I live in Florida. I am currently finishing my second thriller THE LONG ROAD HOME that should be out in time for the Holidays. 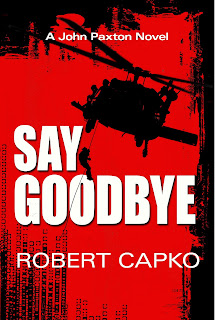 It is an Action/Adventure Thriller about an Air Force pararescueman (PJ) named John Paxton.

John Paxton is a man who understands duty—both to his family and to his country. As a highly decorated pararescueman in the Air Force, he's risked his own life numerous times to save the lives of others. He was the epitome of the pararescue motto: These Things We Do That Others May Live. But now that he's married with two small children, he's content as an instructor at Lackland Air Force Base.

Then Paxton is commanded to lead a team on a dangerous mission—supposedly to rescue the pilot of a stealth fighter shot down over Serbia. Yet, nothing is as it seems. As the mission goes from bad to worse, Paxton uncovers a deadly plot that threatens National Security. But to fight an enemy with ties to one of the most dangerous organizations on the planet, he risks not only his own life, but also the people he loves the most.

Here is a video trailer for the book: http://www.youtube.com/watch?v=gYOGNcKgO88

I first learned about the PJs when I served in the Air Force. The more I learned about these heroes, the more I was convinced that their story needed to be told. They do an amazing job of saving lives and most people have never heard of them. I felt it was about time they start to get the recognition they deserve. I hope my novel, small contribution that it may be, helps in that regard.


I have been writing stories for as long as I can remember.

I’m having too much fun writing to take it seriously!

I take a lot of hand-written notes in spiral notebooks. I come up with ideas for scenes and plot. Then I do the research to support the story, including talking to folks in the know. Then I start writing it in my computer, one scene at a time. Then the painful process of editing takes place. I keep editing and revising until I have to stop to meet some production deadline—otherwise I’d keep revising for the rest of my life!


Too long. I spent years on it mainly because I kept putting it down and then going back to it. I wish I had just worked straight through. I could probably have five or six novels out there already if I hadn’t limited myself.

Since many readers have never heard of me, it is a low-cost (thus low-risk) way for readers to try me out. I hope they like what they read. If you do, please leave a review—they are like gold to new authors.

Make sure it is the best you can offer, get it professionally edited, and the GO FOR IT!
Posted by Unknown at 12:01 AM