Circle City: Lord of the Wolfen ~ Book I


How would you describe your book? 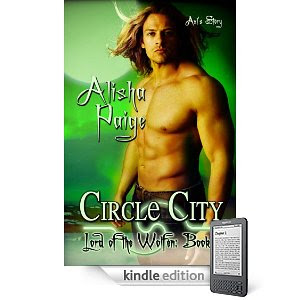 Lord of the Wolfen is the first book in the wild, passionate Circle City series about a secret clan of Wolf people living on the edge of the Yukon Flats. Dark, edgy, sexy and adventurous, Lord of the Wolfen is about an underground world where the Wolfen reign in remote Alaska. Their enemies, the Kontar, people of the dog, ignite a war when a Wolfen princess marries a Kontar man and a widow living nearby in the woods is caught up in the middle by saving a baby Wolfen from sure death.

I’ve tried hard to make my book unpredictable. I hope the twists and turns keep the readers turning the pages. I also hope I introduce some readers to the paranormal genre. I hope readers will like the world building within Circle City. I’ve included a glossary of all the terms used by the Wolfen and Kontar. A Moonswore is a husband, a Moonswan a wife, a Moonon a widow. The Scraffen is the scent that bonds all males to their father. Those are just examples of the world building within Circle City. I created a secret world where Wolfen and Kontar mesh with the real world. I hope readers are fascinated by it and enjoy it as much as I enjoyed writing it.

I’ve been writing paranormals for seven years ever since reading my first paranormal back in the 90’s by Rebecca York. I was hooked from then on. I wanted to create a secret society where paranormal creatures co-exist with humans in the real world and thought remote Alaska would be the perfect setting. So, I guess my love for the paranormal and snowy remote Alaska inspired me to write Circle City.

I’ve written all my life for pleasure or fun but I started writing in 2004 as a freelance writer for magazines and a ghost writer for editorials in newspapers while working on my first novel. I was first published in 2007.

All my life I’ve wanted to be published so I’ve always known I was serious about it. A teacher pulled me aside my sophomore high school year in English class and told me that my writing has a spark. She told me to fan the flames. I’ve never forgotten her words. After the birth of my second daughter in 2004, I became very serious about publication and wrote my second novel. I had written my first novel back in ’96 after the birth of my first daughter. I’m revising this old manuscript now to release soon. More than anything, I didn’t want to go back to my crappy day job. So far, I haven’t had to. I want to work in my pajamas for the rest of my life.

I’ve always wanted to write a book. I guess it probably hit me in the 90’s. I’m an avid reader and I just knew I could write a good book too. Life got in the way in 1998 when I divorced my first husband. As a single mom, I had to go to work and put publication on the back burner. In 2003, I met my soul mate and we had a baby. I was off work for maternity leave and decided in 2004 to go for it. I also knew this was my last chance. If I didn’t make a name for myself soon, I’d be back in the dreaded office; answering phones, typing up proposals for a boss who I also served coffee to every morning. That thought made me ill.

I write when I can which isn’t too often these days. I have three children so I’m pretty busy but marketing takes just as much time if not more than writing. I may not write for months then I will have giant bursts of writing where I write for 2 to 3 months straight, writing four to five hours a day until I finish a book.

I can write a first draft in 2 to 3 months but Circle City took me about 2 years to write because of distractions in my life. Sometimes I only wrote 1000 words a day. Sometimes I didn’t write for weeks.

I have seven books released, six at small presses. They are all available as ebooks. I took the indie leap in February 2011 with a novella and then in March 2011, I published Circle City: Lord of the Wolfen on my own. I’ve hit several best sellers’ lists and have sold far more books than I ever sold at the three small presses I published with and that includes six books over a span of four years total.

First of all, write a great book. Do your research. Study your target market. Have an online presence such as a blog, facebook, twitter. Join writers’ groups. Don’t be afraid to take the leap and get your work out there.
Posted by Unknown at 6:27 PM