The Most Overrated Rappers and Singers

The list of overrated rappers and singers that I compiled is in no particular order, with the exception of Jay-Z being the most overrated on the list. I decided to whip up this list because I'm bored out of my mind at work, enjoy! 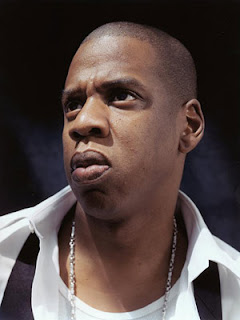 He once called himself Jigga-man, I'll call him jigga-boo. He's somewhat of an anomaly for he has made a career and built an empire releasing album after album with a nothing but one or two good songs on them, yet he's considered the best rapper of all time. In fact, out of 11 albums Jay-Z has only put out two good albums. Don't believe me? I guess yall forgot how garbage Dynasty was, hell Volume 1, 2 and 3 were weak albums with 1 or 2 hit songs on each of them. Don't tell me yall forgot about Kingdom Come? Weak! The Black Album? Weak! American Gangster? You've got to be kidding! I still want my money back from Blueprint 2 and Blueprint 3; they're garbage too. Out of 11 albums, only Reasonable Doubt and Blueprint 1 were any good. How does this cat even consider himself to be the Michael Jordan of rap? Better question, why do Jay-Z's fans believe that bullshit? I think Jay-Z's fanbase has the brain capacity of Homer Simpson smoking crack. I really don't understand his appeal. Its not like he's an overly handsome motherfucker unless you consider a lab rat looking motherfucker handsome. So far Jigga has a one hot album every 7 album average. 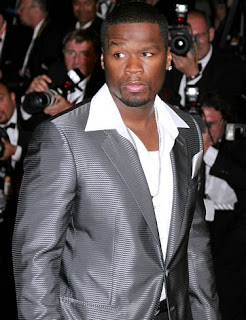 G-G-G-G-G-G-G-Unit! I actually like Curtis Jackson to some degree. His albums suck, but he more than made up for that with all those Pimpin' Curly videos on YouTube. "Hand me my shit nigga. Motherfuckers, try to get a nigga frustrated. That's what they do to a motherfucking pimp. Wanna make a nigga don't look good." LOL... You gotta see the video that I'm referencing to to understand why I think that line is so funny.


However, when has anyone said "Fiddy is one of the best rappers of all time?" With the exception of the occasional sheltered suburbanite kid, NEVER! I'll give Fiddy props for being the hustler that I'm trying to gather up enough nerve to be. This cat is getting money off Vitamin Water, Reebok, G-Unit books, his record label, etc. Hell, he found a way to make money off mumbling which gives hope to every illiterate black child in the urban ghettos across the United States. Needless to say, I cannot ignore his wack ass songs. Songs like Wanksta, Many Men, 21 Questions and my personal favorite Paper Chaser are wangin', but the rest of that bullshit is straight corny. Did any of yall hear "I Get Money?" And even though this other song became a catchphrase used by the broke young black people who wanna be hood, but work a square ass job as someone's bitch for corporate america --I Get it In is fucking horrible. So yes, I admire his hustle which has become an inspiration to me --same goes for Jay-Z who sold cds out the trunk of his car-- his music is overrated. 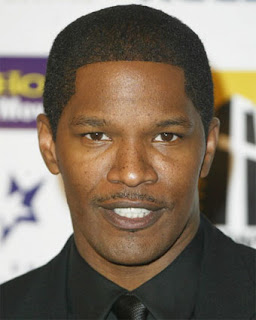 Let me make one thing clear; I love the movie Ray just like everyone else, but a triple threat... BULLSHIT! There's no doubt that Jamie Foxx is extremely talented. However, with the exception of his old tv show, his music sales from his previous album and Ray --that talent hasn't materialized on a consistent basis. Think about it, is he a huge box office draw? Not according to his box office numbers. What about his music? The same fans that like Soulja Boy Tell 'Em are the ones who actually idolize him. He has the chops, but he hasn't put out anything anyone over 25 years old would like. Naw, let me take that back, there are still a lot of people my age who haven't grown up and think that Real Housewives of Atlanta is a quality TV show. Don't think Jamie Foxx is overrated? Let's start with his acting ability. Can he hold his own? Yes, but is he a legend in the making... No. When you think of the top actors in Hollywood Jamie's on no one's short list. What about his music? Okay, would you consider him as one of the top 10 singers in the game RIGHT NOW when everyone's putting out garbage? Most people would name 30 singers before mentioning Jaime's name. Oh yeah, "Blame it on the Alcohol" was pretty garbage too. Comedy? I won't go there. 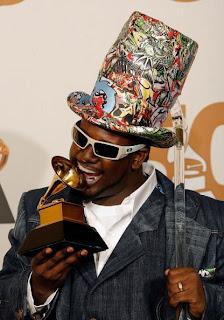 You've got to be kidding. This dude is a live jiggaboo characature, and an unknown organism that sings about falling in love with strippers, buying skank hos drinks, and being pretty much a trick bag. Not to mention that he sounds terrible using the talk box and sounds even worse live. How the fuck did this guy go multiplatinum is beyond me. He's an anomaly because he's not talented, not good looking, and he looks a shit turd with a Homey the Clown outfit on. I mean, look at that fucking outfit he has on in the picture. His monkey ass looks like he eats his food off the floor. 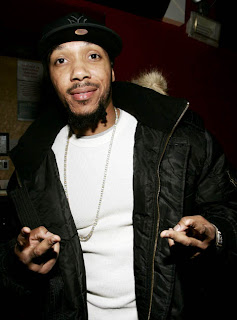 I think he has good intentions but he tries to damn hard with his preachy approach. I understand that this dude served 10 years in prison and I actually admire that he turned his life around, but I don't like people yelling at me at the end of almost every song. Must Be Nice was a moving video, but his lyrics weren't the most profound. And Let's Stay Together? Listen to what he's saying at the end of that song. First of all, its overrated, second he's advocating staying in relationships that are murky at best. On the other hand, he's gotten caught up in a few legal issues lately, and I hope that when its all said and done he does what he has to do to not get caught up in that kind of bs. Although he's overrated, he does possess a good voice and I hope he sings better songs in the future, and then kick T-Pain's ass at the next BET awards... just kidding about the last part. 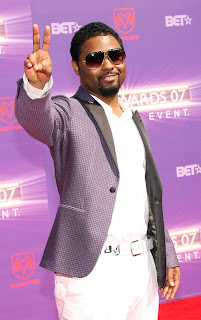 I just don't like this motherfucker because he's always crying and begging for pussy. This one woman that I used to hang out with had the nerve to tell me that Musiq Soulchild is this generation's Marvin Gaye. I am convinced that TA is smoking crack --which is probably why she's still so thin after all these years. Okay, his latest single "Sobeautiful" is straight crack, but that "Teachme" was some straight crying ass "here's my pride and dignity woman. My balls have officially been detached from my body." And "B.u.d.d.y" is horrible! The beat is horrible, the lyrics are horrible, and his voice isn't suited for that track, but the people who listen to urban radio all day liked that bullshit. And let's not mention how wack "Juslisten" was. 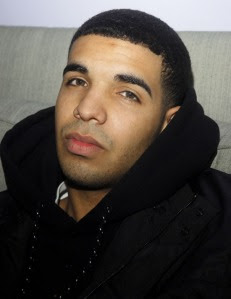 He's overrated, but I gave him honorable mention because he seems to have the potential to be considered one of the greatest if he delivers a few good albums. At the same time, I still don't know whether or not I like this fucker. Sometimes he's downright horrible (The Best I Ever Had), sometimes he's almost witty (Every Girl) and sometimes he's almost pretty good (Successful). Calling him the best rapper in the game right now is unwarranted, and a lot of people are even saying that he's better than Lil' Wayne. No way he's better than Weezey F. Baby -- please say the baby! (I just wanted to say that part... lol). So far, he's been nothing more than an annoying parasite that all the broke hoodrats on my facebook friends list seem to adore.